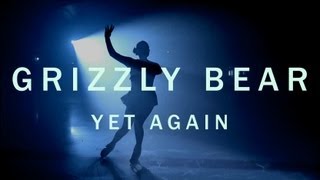 Emily you’ve just come on our radar with your wonderful Coke film. Where have you been? Can you tell us a bit about your background and how you got into directing?

I did a fine arts degree where I focused on painting and sculpture. After I graduated, I moved to Montreal and moved in with some musicians in a loft space/venue. There I would put on these performance pieces, and started making short docs and music videos for and about my friends. Claire Boucher was one of them. Her music project Grimes blew up and with it a music video I made for her.

Are you self-taught or did you study film?

I went back to study film last year, but dropped out when I started getting work as a director full time.

Did you create the narrative for Coke or was it a closely scripted brief?

Johannes Leonardo (the ad agency) had done research into bottle cap tap dancing emerging out of New Orleans, basically local kids who can’t afford tap shoes make their own using bottle caps. The brief was to make “cap-dancing” seem as a cool established style of dance. So I tried my best.

It’s your first commercial, was this more challenging than shooting music videos? What were the main challenges and how did you over come them?

It was my first time working with a professional crew and a large budget. Before that I had only worked with a cinematographer and self-produced everything. There are liberating moments where you have professionals helping you to get the job done, like a special effects guy who was assigned to make the sneakers spark, usually I would have to spend hours in a hardware store trying to figure that out. But on a commercial I also learnt that everything from the dancers’ jeans to the objects they danced on needed to be pre-approved by the client. This is something I definitely wasn’t used to!

Where is your heart going to lie: commercials, documentaries or music videos?

I like it all but my heart is drifting towards doc and fiction feature length films. I’ve been working on a doc feature for almost 4 years on a family of experimental musicians I would like to finish up this year, and I’ve been casually writing a feature since last summer.

So you’re based in Montreal but signed to Somesuch & Co in the UK and Standard in France. Would you like to come and live in Europe for a bit?

Ads seem more creative in Europe. I love Europe. I have an EU passport from my Estonian grandparents, even though i’ve never been to Estonia. It’s something in my back pocket that I may use one day.