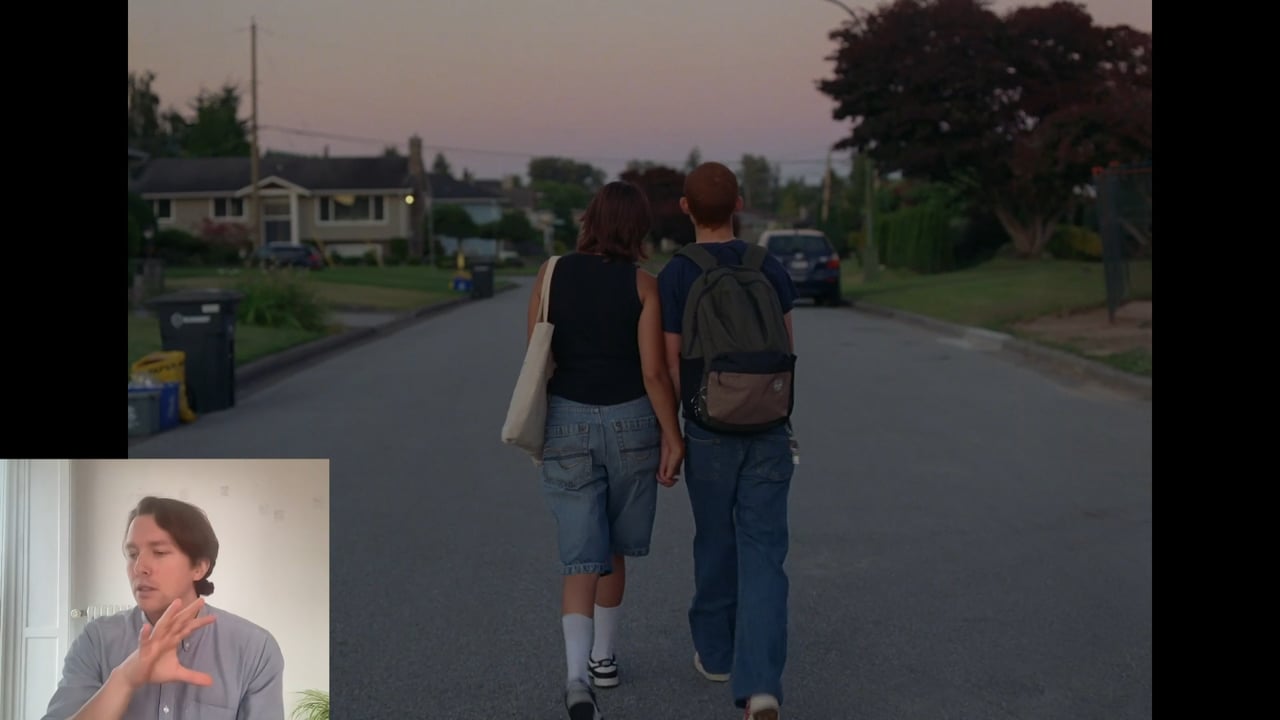 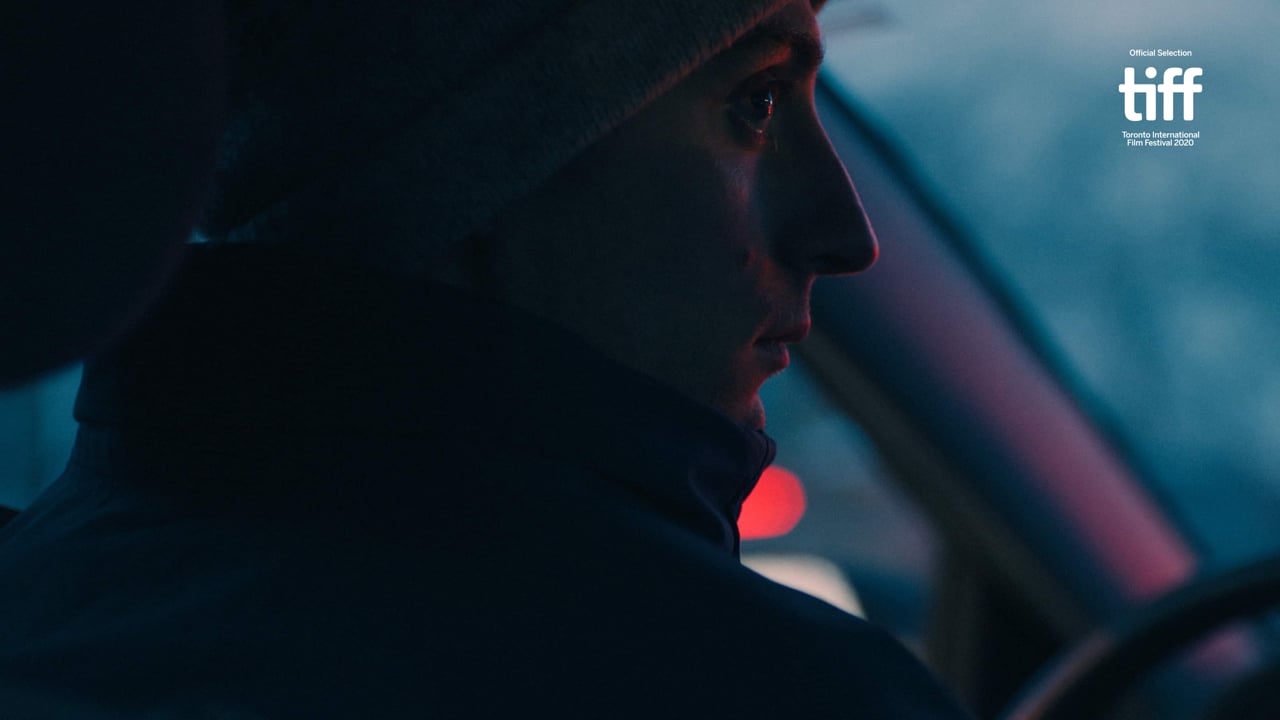 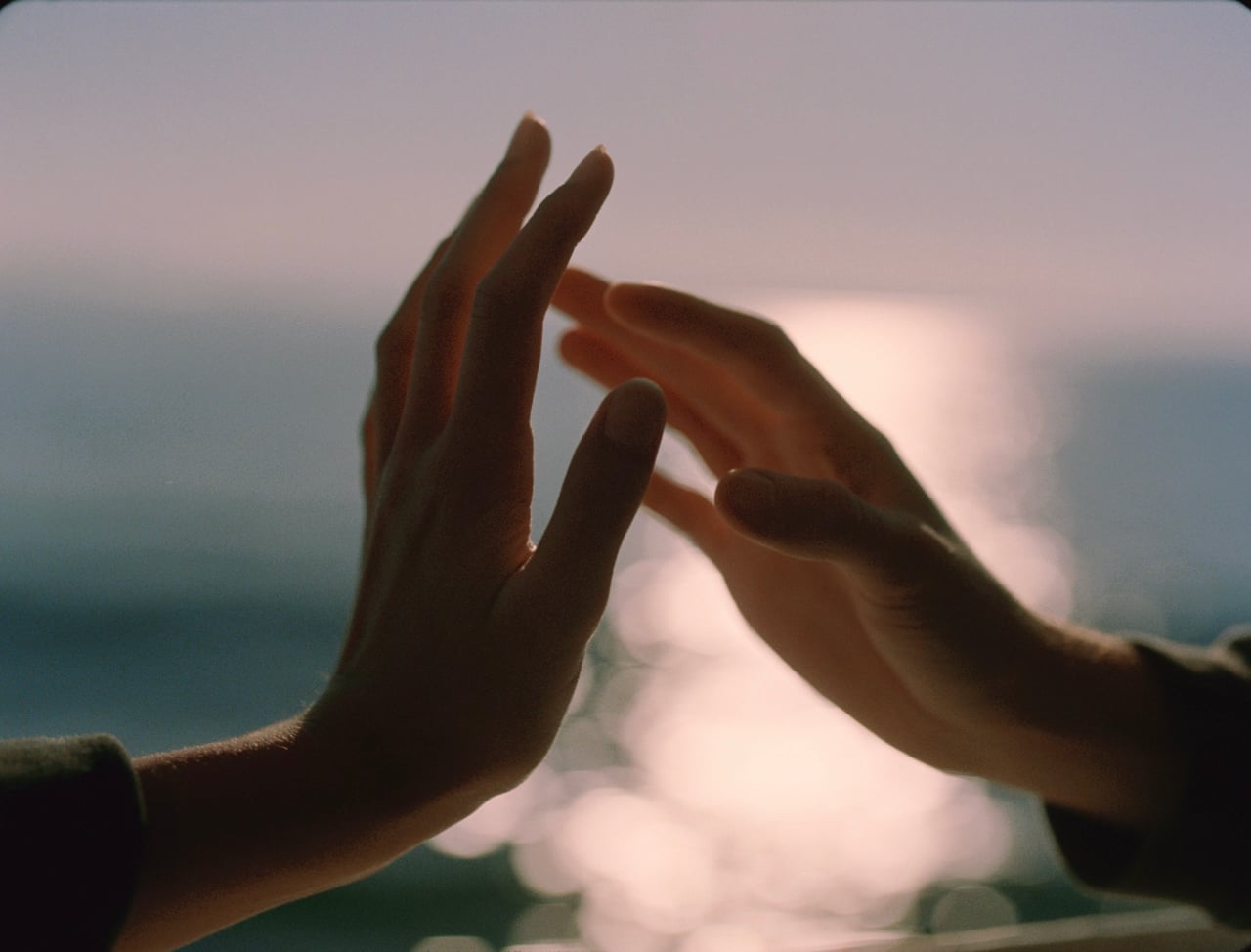 Lay Me by the Shore
David Findlay

Lay Me By The Shore, Director's Commentary
David Findlay

Air
David Findlay
At a Loss
Title of film: Lay Me by the Shore
Director: David Findlay
David Findlay produces fabulous work that is light on dialogue and heavy on emotional impact. Music runs through the veins of all of his pieces, and his new short Lay Me By The Shore is no exception, with music by Norwegian artist The White Birch. 1.4 catches up with the director about shooting the film, working with first-time actors, and his teenage dreams of pro snowboarding. From Lay Me By the Shore

Was filmmaking always on the cards for you? What was your route into directing?
As a teen I thought I would be a pro snowboarder, Shaun White type of thing… But a set of injuries turned me into the cameraman of my friend group and we made a lot of ski films, which was so fun. When I got to university, I took a Film Studies 101 class. The professor was this incredible walking and breathing encyclopaedia type – he gave three and a half hour lectures with no notes or clips – and was completely riveting. He single-handedly turned me onto film, and having made these ski videos as a kid, I knew the fun of working on something for a long time and then having something to share.

You’ve talked before about how your award-winning short “Found Me” all clicked into place when you discovered the song of the same name by Men I Trust. Would you say the same is true of Lay Me By The Shore? Do you find that music has always prompted inspiration for you?
Music is an enormous part of my life – an essential one, actually. I think it embellishes life and helps me understand it. It helps make sense of certain feelings all while being so incredibly cathartic, even healing. Then when I turn it off, it’s like I appreciate the sounds of the world even more – whatever they may be. Having, with music, been in my head, in my imagination, and then without it, I feel I experience the world more physically, like being inside my body as opposed to in my head. That visceral feeling grounds me. And that’s how I wish for (my) films to be – to make you forget yourself and soar, be transported, all while having a rooted, tangible source and feeling. So it’s a huge part of my process to write to music and envision how scenes may be elevated by it or perhaps be more poignant by its absence and with thoughtful sound design. The film features some real talent in the young actors – Isla Pouliot is a marvel. What was the casting process like? What were you looking for?
He is, isn’t he!? I met Isla and his partner Kai making a short concept film called Air. We met each other the same day we shot and they were the best part of this vignette-y little film. While I was making Air, I was writing LMBTS, and I knew I wanted to cast strictly non-actors. Isla and Kai were just it, and I leaned into them very heavily to try and tell the story as much as possible from their perspective, enabling them, as much as I could, to tell us and show us what it’s like to be young today.

What were the challenges of the production?
There were many challenges. We shot for 8 days straight and had several locations to hit per day. The usual production mishaps happened – such as showing up at a location 1 hour outside of town and realizing we had been given the keys to the wrong equipment truck, that sort of thing – but the most challenging bit was the climactic bicycle scene which we diligently rehearsed and worked on with a stunt coordinator and stunt driver, which was a first for me. I was supremely lucky to work with producer Joaquin Cardoner on this. He loves challenges and nothing deters him. That attitude trickles down to every single person in the crew, it sets the tone. People like that are the only people I wish to make films with. The extended hug that ends the film is incredibly poignant, and really the emotional climax of the piece. How did you approach that scene, both in terms of storyboarding and on-set with the cast?
We faked sunset for sunrise in this scene, so take after take we were losing light, another classic. We shot this scene on 70mm and the stakes were quite high, but all credit is due to Isla and Paul Snider, the actors. We did shoot this on the second to last day. I always try and make a production schedule that makes sense, and has some sort of build up, a progression, and here with our young cast of first-timers I knew I needed to implement that. I remember very well walking away from this scene with that feeling of: “okay, now I have a film.”

What are you working on next?
Lay Me by the Shore the feature film, starring the same cast, expanding on the same story.

Shooting Lay Me Be the Shore  photo credit: Sam Gilling