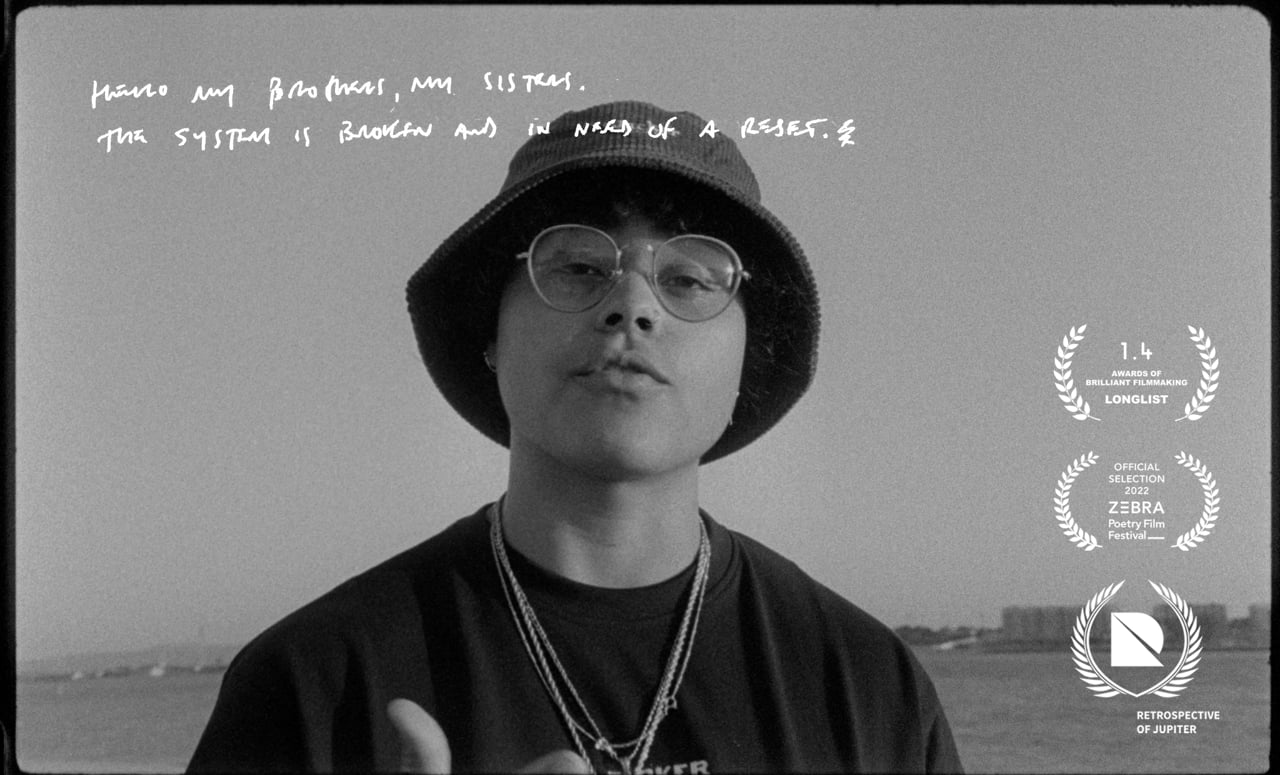 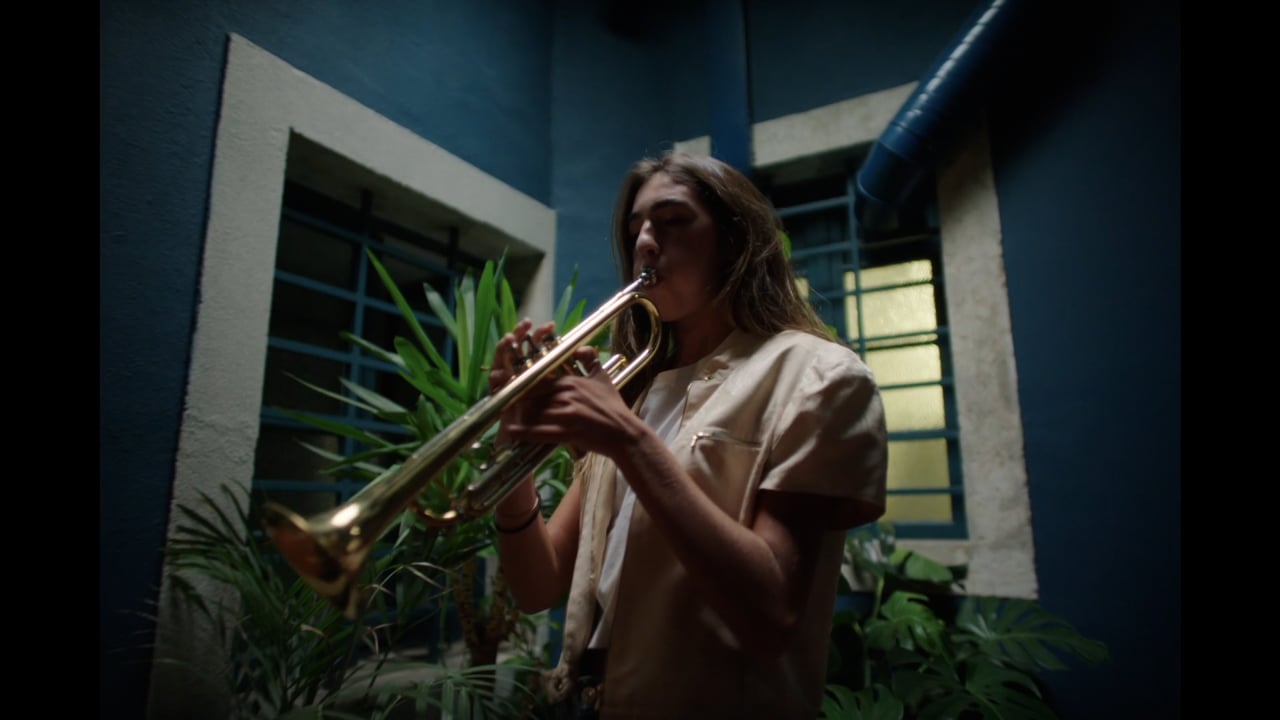 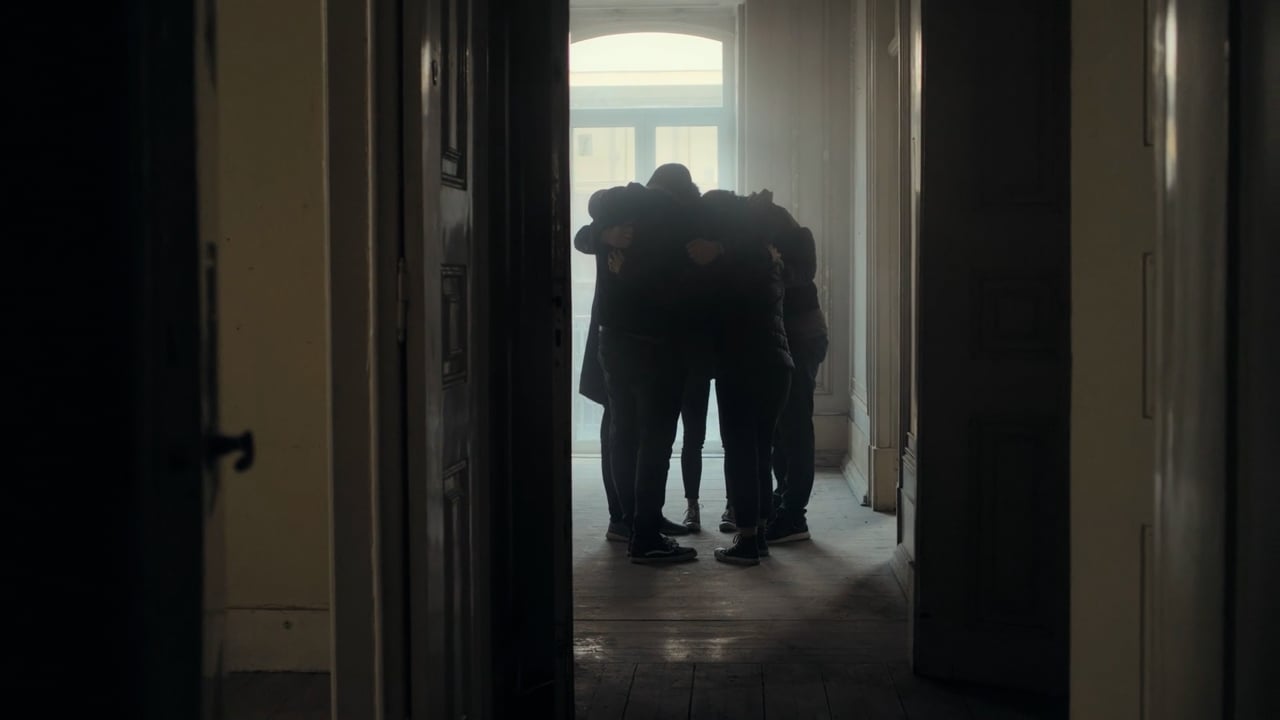 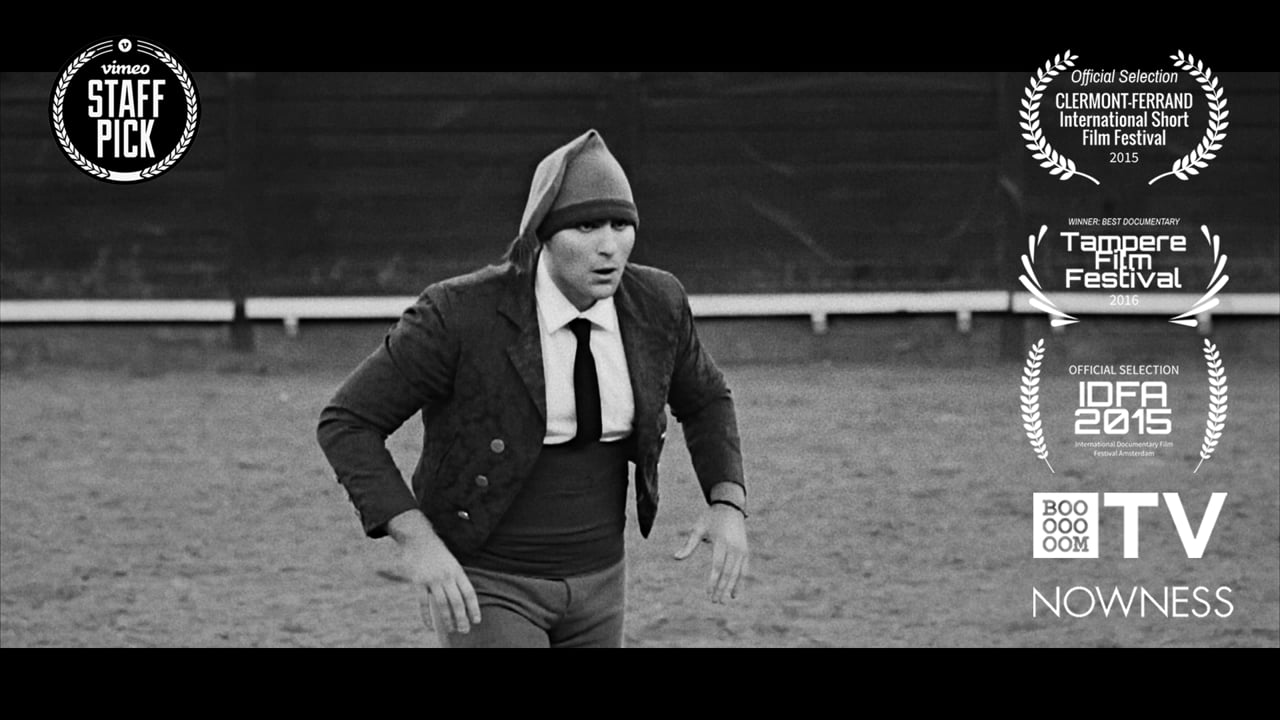 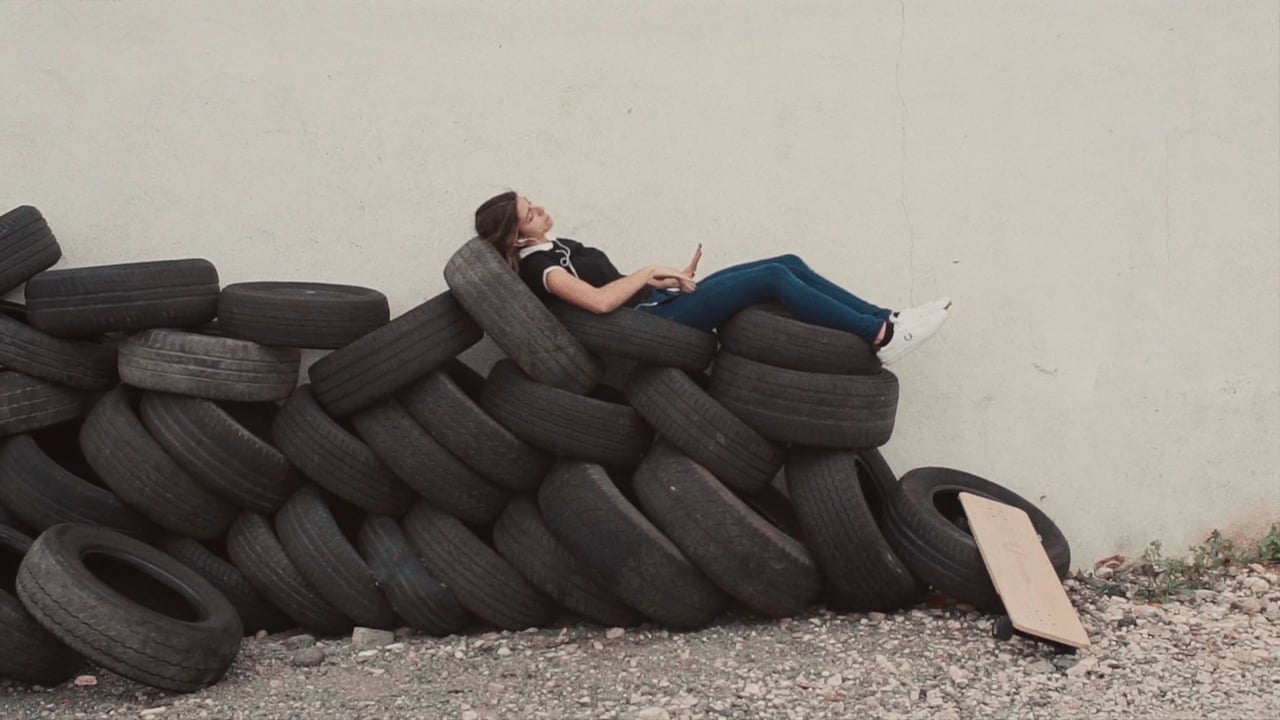 João, Heaven Is On My Side

You won the Sarah Willis Poetry Prize at the age of 19. Was the transition into visual storytelling a natural move for you? Why were you first drawn towards poetry?

I was drawn to poetry when I moved from a small town in Portugal to New York City to go to college. Everything was totally different and I didn’t know anyone in the city so I just started experimenting with writing and found poetry to be a useful and very creative tool in helping me to make sense of that new reality, to understand myself and my surroundings, and ultimately to mature. I was just writing for myself, playing with the elasticity of language, but then had a go at entering that competition and surprisingly, won it. So I just kept at it. Years later I took some film courses, fell in love with visual storytelling and started making some shorts and taking lots of photos. But I do think it took a long time for poetry and filmmaking to actually merge properly in my brain, perhaps because poetry is such a personal art form, whereas filmmaking is naturally much more of a collaborative process. So as a filmmaker I think a big part of my journey became learning to be a better communicator to others, expressing my ideas with greater clarity and confidence so as to get others on board.

How did the concept for Heaven Is On My Side come about? What inspired you to document João “Massas” de Macedo’s beautiful and complex relationship with the sea?

I had been wanting to document my friend João’s big-wave surfing for a while and during one of last year’s Covid lockdowns here in Portugal I noticed there was a massive swell headed for Nazaré, so we literally broke the law and drove two hours north to  shoot him catching some bombs there. João got me a fake “work authorisation” document in case I saw cops on the way but fortunately I didn’t have to use it! At that point, the structure for the film had not yet taken proper shape in my mind, but I knew I wanted to shoot on Super 8 and that it had to include João surfing the wave, so that first day we just got some shots of him gearing up and heading out, and catching a wave or two. Weeks later, when the film finally came back from the lab, I watched what I had and the idea of focusing on João’s relationship with nature, and that wave in particular, started to take shape. Then I found the Reverend Lavon Boatner’s sermon online and it all started to come together – faith and gratitude towards a greater power, be that the universe, or simply nature, would be key to the film. From there on I shot everything else with that in mind. I must have gone up to Nazaré another 5-6 times after that, including on some XXL competition days, which were truly amazing to watch. What were the challenges of the production?

Shooting surfing is always difficult, because the ocean gives you waves when and how it pleases. And that is particularly true with big waves like those at Nazaré. They break a bit far from the cliff where we position ourselves, and are very unpredictable in how and where they break. Plus you have to contend with the spray, the wind, the glare, and the fact that in the afternoon they are backlit, which make for beautiful shining crests but cast big shadows on the wave which in turn makes it really hard to see what you’re shooting, especially through a tiny Super 8 camera! Another challenge of course was the medium itself and its limitations… we would run out of film just as João was about to catch a wave, the camera would jam, etc, etc. And then of course we’d have to wait weeks to see what came out. Did choosing to shoot on Super 8 film change how you approached the project? What do you enjoy about shooting on film, and does it also change the way you view shooting digitally?

With Super 8 I wanted to go back to the roots of surf filmmaking and make something that felt, to me at least, like the antithesis of what surf films are like nowadays, with their 4k super slow-motion and drone shots and whatnot. I wanted the film to be all heart, no faff. And so I thought Super 8 would be the right choice. Also, we were portraying a surfer that holds tight to the core values of respect and love for surfing and the ocean, in a place steeped in tradition and history. So those elements told me straight away that Super 8 was the way to go. A lot of directors will say the same of course, but I absolutely love film, the range and texture and imperfections, and the way it feels like a living organism sometimes! Digital has come a long way and can also look and feel amazing of course, and is often the right medium for its convenience, but there’s nothing like film to me!

Sound is clearly integral to your directorial vision in your work, whether that’s rhythmic percussion, spoken word, or intricate soundscapes. Talk us through the importance of sound for you, and how you go about developing a sound world and collaborating with sound designers and musicians.

I appreciate how sound can really take films to a new level, so it is never an afterthought for me. Usually, as I am thinking up and researching the visuals I am doing the same for sound. I love how sound can often be a powerful tool in adding depth, both literally and metaphorically, and I like to be open to trying new things. That might mean using music that completely subverts what we are seeing, or using sound FX that counterpoint or jar with the emotion, or having breaks where sound is stripped down to near silence. I have a few collaborators I work with for sound, with the most important being Mikkel Solnado at Great Dane Studios here in Lisbon, who usually creates the music for my films. We go way back (in fact we went to school together!) and over time have developed a method of working on music together where there is trust and room for experimentation and we often have tremendous fun in the process. Recently, alongside Del Reginato, I have also started working with Antfood, who are brilliant. “Together” came about as an inaugural piece for your new creative studio, LaPush, with director Del Reginato. What are your aspirations for LaPush, and what do you enjoy about working together?

When Del and I were coming up with the concept and identity for LaPush, we decided we wanted to make a kind of intro film that set the tone for how we want it to work. The intention, if you will. What kind of people do we want to be going forward? What kind of people do we want to attract and work with? Within what value structure? So I wrote the poem and then we developed the visual idea from there. It eventually evolved into the very simple structure it has now, a spoken-word piece featuring Carla Prata, where the positive message is front-and-centre. Again, all heart, no faff. We are not against slick visuals, mind you. Not at all. But you gotta have the heart come first, and sometimes that means stripping things down and not trying to be too clever visually. That is our intention with our new creative studio and with ourselves. As Carla says in the film, the time is now! And in Del, whom I have known for something like 15 years, I also see that intention of making work that brings something positive to the world. Our filmmaking styles and skills also compliment each others’ quite well, so it just made sense to work together. Plus he’s just a good human being, you know? Your home country of Portugal is heavily featured in your work, whether you’re documenting Portuguese bullfights or showing the waves in Nazaré. How does your Portuguese background influence your creative decision-making? Is it important that your culture comes across in your work?

Portugal has amazing locations, characters, and stories and I am definitely drawn to them. I think having lived 14 years abroad gave me a new perspective and appreciation for my own culture and I am super proud of it. I especially like exploring the lives and quirks of the outsiders, countercultures and subcultures here, and show a side of Portugal left out of all that tourism marketing stuff the world gets to see. I suppose there are some themes that I seem to revisit, like faith for example, that I probably do explore more as a result of having grown up here. But there are certainly many other cultures in the world that I love and respect and would love to portray more of in my films.