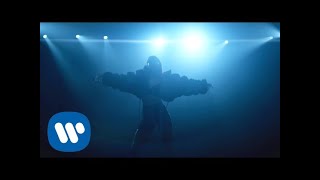 Juice Wrld, Hear Me Calling
Bradley & Pablo
Prettybird
Princes of Pop
Title of film: ROSALÍA, Aute Cuture
Director: Bradley & Pablo
Production Company: Prettybird
Directing duo Bradley and Pablo cut their teeth in the UK working on promos for pop music collective PC Music and Charli XCX, crafting a unique new vision of hyper-real, critically self-aware music videos that referenced and reinterpreted the icons of the 90s – from TLC though Britney Spears – and shooting Dua Lipa for Pepsi. But don’t let that fool you into thinking their style and references are only skin deep. Since making the jump to LA to sign with Prettybird they’ve gone on to experiment across formats and genres, shooting the Porn Hub awards creative directed by Kanye West, directing Motorsport for Migos feat. Cardi B and Nicki Minaj and cementing ongoing collaborations with Charli XCX and Dua Lipa, all the while adding Mark Ronson and Camilla Cabelo to their reel. 1.4 caught up with the guys across the interweb to find out more about pop’s exciting new look.

You started out directing in London before making the jump across to LA to work with the gang at Pretty Bird just over a year ago. How would you say the creative opportunities and new context in LA differ from working in the UK?

The flip side of that is that there is a bit of an echo chamber because everyone here is kind of ‘in the industry’ so perhaps the creative opportunities are more accessible but diversity in culture isn’t. Which does make you question the knock-on effect that has on your ideas as opposed to being somewhere like London where there is such a broad range of culture and people on your doorstep.

There’s a red thread of razor sharp styling that runs through all of your videos. How early on in the process do you guys hone in on an aesthetic? Is it something that develops before / after / in parallel to the concept you present in your treatments? And when you’re working with artists like Charli XCX or Camila Cabello how far do you have to adjust your own personal sense of style to fit the performer?

It depends on the creative. Ultimately, we will always respect the style of the artist but if we can tailor it to fit the world we are building then that’s a win for everyone. For something like our video with Rosalía, the story was very much in its own world and so the outfits were absolutely integral to creating this. In that case we had an amazing stylist – Samantha Burkhart – who totally understood the vision and was in complete synergy with Rosalía which meant we had a very ‘complete’ look to the video. We had been developing the video together for a few months so we were able to develop something everyone loved that fitted the story and her personal style.

For Charli, most recently her performance segment was more personal to her rather than any character or story so the outfit was really just about what she wanted to wear. Our tastes naturally align pretty well so it fitted the aesthetic we tend to lean towards!

Camilla was a little different just because she was the featuring artist in the video. That tends to mean that we have less time for dialog which can have a knock-on effect across lots of aspects of the video but the styling is certainly a key one. We had less time to find a look with her that she felt amazing in but also matched the character in the world beforehand but we think we got there in the end.

The vision for the styling often develops after the treatment stage but we are sure to set the tone there. We love it when the styling becomes a big part of the world and there is a symbiosis between it, the set the lighting and everything comes together to create something really immersive and cohesive.

Speaking of Charli, you’ve worked with her across a bunch of projects from Vroom Vroom to Blame It On Your Love feat. Lizzo. What is it about the collaboration with her that proves such a fertile space for you to get creative?

Charli is one of a kind and a true artist in the sense that she is continually experimenting in her field. She collaborates with fresh talent all the time and seems to be never locked in to any sound or formula which gives her an edge and a vision that very few people can match.
We like to think that’s why she likes working with us too. We try to approach pop differently and make it an art, we think that’s what she does in her music too. She is very open to what we want to do – there are not many artists that would have let us make a meta documentary like we did in Blame it!

Choreography seems hugely integral to your work. Given emerging directors often rush to narrative, even in music videos, or a documentary style, what is it about performance driven music videos that appeals to you guys so much?

Our first music videos were for an experimental pop music collective called PC Music. In what felt like at once a celebration and commentary on contemporary pop music they specialised in producing, perfectly packaged pop personalities. The artists were auto-tuned, glossy and poreless each with their own hyper-specific personality which could be reduced to a bunch of keywords, and whenever they appear in public they act totally in line with their personal brand guidelines. And so, we were making music videos to match this. Like the artists, we were pushing the aesthetic of pop videos to the extreme which of course meant flawless militaristic like choreography presented in the performance video format.

From then on, we continued carving out a space for ourselves in the pop world and used it as a platform to integrate conceptual stories within the format of a performance video whilst continuing to stretch and reshape their recognisable traits. We should also mention we have had a string of wonderful executive producers 😉 who shared our love of pop music all working towards the same end goal… still waiting for Britney to slide in to our DMs.

And related to that, given you work with a lot of female pop artists, do you think there’s been a shift amongst younger directors towards the approach to shooting the female body? How vocal are the artists you work with when it comes to key decisions such as styling and performance?

We’re always hyper aware that ultimately, we are two men directing women so we want to create an environment where they are expressing themselves in a way that feels authentic to them. We want them to be empowered and in control of how they are presenting themselves to the world. So, when it comes to styling and choreography is always very much an open dialog, we are vocal with our opinions but never push in a direction that we don’t agree on – most of the time anyway, we tend to be pretty-well aligned anyway.

In general, it certainly feels like there has been a bit of a shift, and younger directors are approaching things with more awareness and care. What is also great is that there are increasingly more female directors making music videos, even though there is still a pretty huge unbalance, who are shooting the female body in new ways and probably helping to shift things in general.

It’s a reality of the music video industry that product placement often provides much needed support to get videos off the ground and into production. You’ve placed some incredible brands from Beats to Sony and recently in your video for Rosalía, Revlon nails. How do you go about carving out a presence for these important supporters of artistic creativity while maintaining integrity to the artist?

We are often really open to it and think it can often add an interesting layer to a video if it’s used well.
For instance, in our Motorsport video we wanted to create a future world of hyper-capitalism where everything is branded. We had real product placement rubbing shoulders with fake product placement. In one shot there’s a real venom vape in and the next a flashing billboard for luxury disaster relief services. Or with QT we wanted to take tropes from pop videos and employ them in our QT distilling process, choreo, Beats placements, hyper retouching and so on, so it was the perfect blessing both conceptually and financially 😉

Brands can often dominate our daily visual landscapes so when we are building a world it is interesting to see how they can fit into and affect them (if you have proper warning and time to plan it !)

Storytelling has increasingly started to creep into your work, most notably in your Rosalía and Mark Ronson feat Camila Cabello videos. There’s something a bit Tarantino-esque about the way you hyper-accentuate genres and play with the visual tropes they encompass. Could you talk a little about this, in particular the Mark Ronson video?

Yes! It is something we want to continue to push as a means to build worlds and the characters inside them. For Mark Ronson, we wanted to reinterpret a familiar narrative/genre but in a fresh way – toying with the conventions of styling and casting to make a kind of hyperreal, hyper-genre mashup of a pop wild west. It’s really fun!

We have always been interested in taking the familiar and pushing it further than is comfortable. You have these signifiers that people are used to seeing but then you recontextualise it and it gives them new unexpected meanings – for instance pop videos and commercials in QT or real estate videos in Supernatural – we’re starting to do the same thing with cinema narratives!

Which artists are dominating your playlist at the moment?

We both tend to listen to one or two songs on repeat until we totally destroy them for ourselves. Right now we’re listening to Charli XCX and Christine and the Queens song Gone.

And if you could collaborate with any music artist in the world right now who would it be?

Rhianna cos she’s a bad bitch.

Bradley & Pablo are signed to Prettybird