In other lives you have worked as exec producer of music videos at Pulse, as well as spending five years in BBH’s TV production department and in January you are joining Knucklehead as a director. What is behind your decision to become a full time director?

As an agency producer at BBH I was lucky enough to work with some of the best directors in the industry. Seeing how they worked, from developing treatments through to final delivery was hugely inspiring and led me to thinking and developing my own short film ideas. Working closely on a daily basis with the directors at Pulse on a creative level further enhanced my desire to create my own work.

Your latest film for the Sara Charlton Foundation highlights the impact of domestic violence on women and children set to an appropriately rewritten Twelve Days of Christmas. It’s power is in its simplicity. Was it really just one shot?

Ha, yes it was just the one shot. We were shooting on 35mm so I knew we only had a limited amount of takes to get it right, but thankfully we got it. I always wanted the visuals to feel simple which hopefully allows the audio to take control and bring out the emotion of the piece.

How did you go about directing the little girl?

Kacie was great to work with. She’s a tough cookie and has a very mature head on those little shoulders.

She was the first and only girl I met with for the role, I knew as soon as I met her (in a Costa Coffee up in Gloucester) that she was perfect.

We hung out at The Science Museum the day before the shoot which was a nice way to get to know each other, and despite sitting very calmly in the film, she was a bundle of energy on the shoot constantly running around in between takes.

She took direction really well and fully understood and appreciated the concept of the film, we treated her like an adult, not a little kid. She’s definitely one to watch for the future, and has a role in the upcoming Michael Fassbender film Tresspass Against Us which is out in 2016.

What were the main challenges of making the film and how did you resolve them?

I wrote this idea two years ago, and with a full time job I didn’t have the time to ever get round to making it.

When I left Pulse I knew this was the first piece of work that I wanted to make, but with Christmas rapidly approaching we didn’t have time to find an agency or a big client to help fund it.

A small team of us went about working out the best way to produce this, and very quickly brought together some incredibly talented and generous people who were also keen to raise awareness for a worthy cause.

Your previous mini-documentary on the 22-year old wheelchair bound tennis player Jordanne Whiley won loads of accolades for you. Would you like to follow this up with more portrayals of others?

Shooting JORDANNE was a great experience for me, and I was taken back by the response it received in the advertising world and also the film festival circuit. I’d love to create further short portrait docs, whilst at the same time I’m also really interested in working more closely with actors.

How would you describe your style of film making and now you’re about to sign to a company what projects would best suit you?

For me it’s about telling stories, stories that hopefully make people feel something. Whether that’s through an intimate little doc, or by creating more narrative based films I’m equally as excited, so long as the story is interesting and engaging. Fired Up for sure 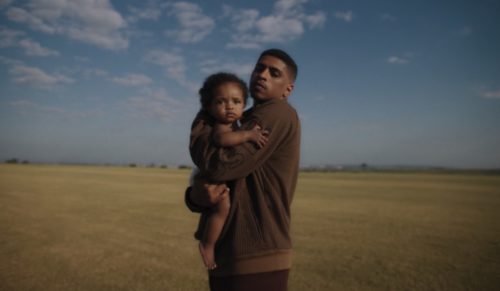 The art of affinity