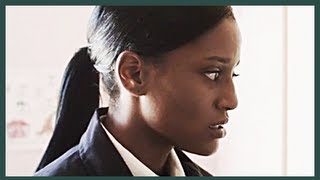 We, along with over seven million other viewers, think Great Guns director Danny Trachtenberg short film Portal is genius on every level – the cinematography, vfx, editing, casting, the score, the absolute everything that went into making this film hits the high note. We talk with Danny T and vfx supervisor Jon Chesson.

You have brilliantly transferred the technology of Portal the game to your short film – what was the starting point of the special effects and how did they evolve?

Thank you for saying so.  Once I found my vfx supervisor and lead compositor, Jon Chesson, we went over the entire film and discussed what was needed.  Since I couldn’t afford any motion control cameras we needed matchmovers to solve almost every fx shot (and we discovered two top guys, Marco and Marijn, based in the Netherlands).  From there, to get the portals to have a look more based in reality than the game, we acquired a “particle specialist” named Paul Griswold based in New York. I really wanted those portals to look almost like acid eating away at the walls, rather than just holes growing in size, so we spent almost a month just developing that ‘look’.

It was an inspired choice using Danielle Rayne who brings a very sexy intelligent tone to the film – not to mention her extraordinary athletic prowess.  Did you know what character you were looking for when you began casting?  Did the IMDb fact on Danielle Rayne that she ‘holds a machine gun permit to operate an M-16 with the Dept. of Justice for the state of California’ have anything to do with your decision? Is she just super fit or a trained stuntwoman?

Since the role was going to be so physically demanding, the first crew member I acquired was a stunt coordinator (Keith Adams, who was unavailable during the shoot so James Logan took over). He brought a few stuntwoman he knew to the casting and Danielle was just incredible.  Physicality is very important to me for action work – you can’t just look good in an action pose, you have to move in an emotionally compelling way.  Danielle brought that to the table.

I hadn’t noticed that line in her IMDB page.  But Keith and I always discussed the role as ‘Linda Hamilton from the beginning of T2’ and, ironically, Danielle plays Sarah Connor in the T2:3D experience at Universal Studios – so it was a perfect fit.

Your short film More Than You Can Chew certainly proved you can direct utterly believable fantasy scripts with dialogue. Do you think your short film could develop into feature length and if so would it need dialogue?

I have a much more traditional science fiction movie take on what could be a Portal movie – but a feature length film without dialogue certainly is an interesting idea!

Have you worked with cinematographer Keith Dunkerley before Portal? What was it shot on and what made you decide on those camera choices?

Keith and I go way back, having grown up in the same part of the northeastern suburbs of Philadelphia.  Keith has shot most of my commercials, we kinda got our start together (though he’s blown up in the past few years, I’m just now starting to catch up!).  We shot Portal: No Escape on Red with anamorphic lenses.  Keith brought up shooting in anamorphic, which was already exactly how I’d been seeing the film in my head – it just never occurred to me to shoot a short to be finished for the web in anamorphic – but it was the right choice.  There’s something about anamorphic that feels classic sci-fi, and our locations were quite ordinary – it was how we portrayed them that set the right tone.

Where were the locations – were they real or cgi?

Our cell was really just two thirds of the way there – the rest was built and composited wall replacements.  The hallway and stairwell were real (though almost impossible to find in LA).  The roof stuff, well, we only had access to one rooftop so it took some clever shooting and compositing to make one roof look like two.

Did you storyboard every scene beforehand or was there room for spontaneous developments in the script?

I storyboarded every moment of the 10-page screenplay.  But after several on-set catastrophes struck (generators breaking down etc.) we had to omit three pages from the script and adapt. I enjoy the ‘prepared spontaneity’ approach to filmmaking anyway so it worked out.

Apart from the game itself did you draw on any other references / inspirations?

The austere, symmetrical shooting style in the first half of the film was definitely influenced by Kubrick – The Shining, 2001, flicks like that. My dream was to have a Bourne-style action sequence with the Portal gun, which we only had a glimmer of in the flick – but I look forward to having the time and money to do that fully one day.

Your commercial work seems (I use this word cautiously because I think your work is not what it seems!) to be mainly live action with a documentary feel and then your short film Chew came along which had us hiding behind the cushions. Suspense / thriller in realistic / fantasy worlds appears to be your default genre now. What are the key lessons you’ve learnt in building up pitch-perfect tension?

I’ve always seen suspense sequences like math problems, in the same way that music is based in math.  It’s being aware of the rhythm of the scene – what the audience is feeling and expecting at every frame, and how to usurp those expectations while also building to a cathartic release.  Chew is really a testament to that.

Portal seems to be your first really big foray into special effects. Can you tell us please how the vfx team evolved and the process of the vfx development.

I acquired my fx team through twitter, crazily enough. We assembled an international A-team of fx artists who had never met in real life.  I couldn’t afford an army to battle out the fx in one fell swoop – so, instead, I acquired a team of fx assassins, who did the one thing each specialised in very well.  By keeping the team small and specialised I was able to do this without the help of a big fx company.  And, since these artists were donating their time in their downtime, when one person would get super busy on a job, they’d have a friend hop in and take over the work – or I’d go back to twitter and find someone to fill in.  The process took longer than I’d hoped – but the only way to get the quality of work the film needed with no money was to get really talented people that loved the material and wanted to be a part of it.

It took some time to get everyone on the same page, but by the end we were firing on all cylinders.  We also used a web application called shotrunner to get organised virtually which was a big help.

What was it like trying to recreate the game effects with this international team recruited from Twitter?

The big thing for me was to not just recreate the game fx.  We really wanted them to feel photo real and grounded. The big thing for me was to have the Portals look more like they are particles eating away at the wall to form the portal, rather than just holes growing in size.  And I wanted to see the embers floating everywhere – it’s those kind of details that really give the fx some bite.  But the whole team took those thoughts I had and didn’t just implement them – they made them look beautiful, which I couldn’t be more thankful for.

Apart from Danielle Rayne’s opening gasp the film is dependent on a brilliant sound track and effects. Was this always part of your vision or did the soundtrack take on a much greater significance later in the film development?

I’m a film score nerd, music has always been very inspirational to me.  After I saw the the first teaser for Inception I tracked down its composer, Mike Zarin, to work on the film.  Thankfully he loved our rough cut and agreed to do the project.  We were very in synch about doing something very simple, yet epic-ambient and emotional, and with a theme, subtle as it is.  And I couldn’t be more thankful for the work that Beacon Street did on the Sound Design and Dante Fazio did with the sound mix.  Because we had locked picture and score almost a year before the fx were complete, we had a lot of music editing to do after seeing the fx – and Dante was a wizard in the mixing room.  One of my favorite moments was earned solely by Dante: That finale with the girl flying across the rooftops, the moment she takes her leap the sound drops off – Dante created that final breath and really made that moment sing.

The editing was done by your brother David Trachtenberg who is apparently currently working on the Will Ferrell/Gael García Bernal comedy Casa de mi Padre. Was there something in your family background that influenced you both to become involved in film? What is it like working together?

I think the biggest advantage I have had my entire career is that I lucked into being related to David Trachtenberg.  He’s the best there is and I get to work with him for free!  I’m not sure how we both ended up in film – our parents love movies, dad especially, but I wouldn’t think any more than most kids’ parents. I think one of David’s strongest assets is that he was a musician before he was an editor –  so he really understands rhythm – he has a great sense of visual rhythm which is especially important in action scenes and commercials (and comedy as well, hence, the WIll Ferrell flick).

But I can’t stand working with the guy, he’s always giving me wedgies.